to see the exciting film “Toughest Race on Earth: Iditarod”

This 45-minute documentary film takes a look behind the scenes of this amazing dog sled race. You’ll get to know several of the top racers, their dog teams, and the race route.

RESERVE A SEAT: Space is limited, so reservations are required for the free event by calling the Livingston Manor Library at (845)439-5540. 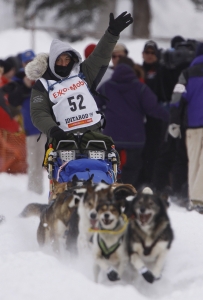 THE RACE: Sunday, March 5th, seventy-two dog sled teams will cross the starting line of the 2017 Iditarod in Anchorage and race across Alaska to the finish line in Nome.

See Iditarod.com for lots of details and terrific profiles of all the MUSHERS!!

The Livingston Manor Free Library, at 92 Main Street, will have an Iditarod display including a map of the race route, and other activities for children at the library.

Children will also have the opportunity to create their own Iditarod musher patch. Stop by or call the Library at (845)439-5440 for more information.

All events are free and open to the public. For more information, call Livingston Manor Library (845)439-5540